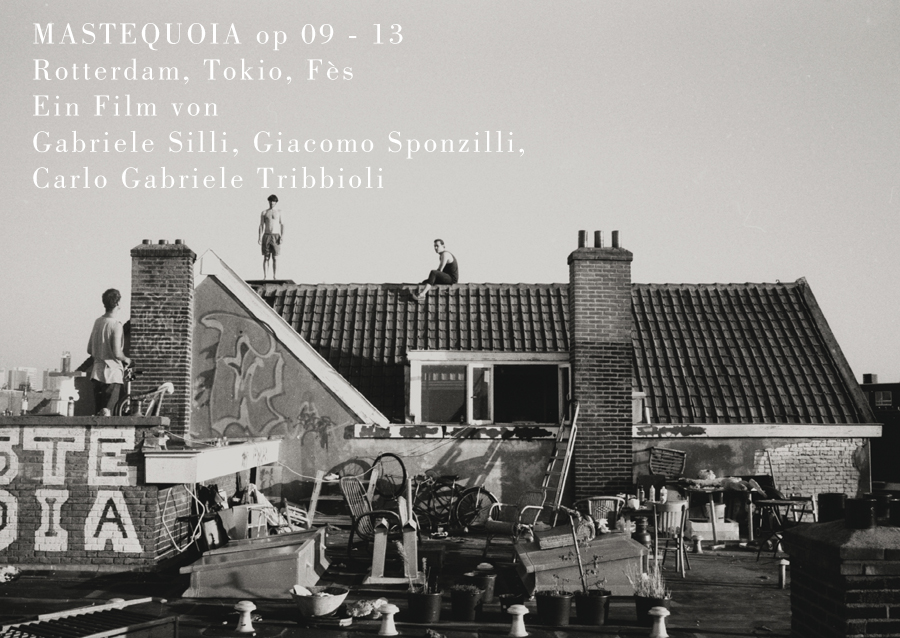 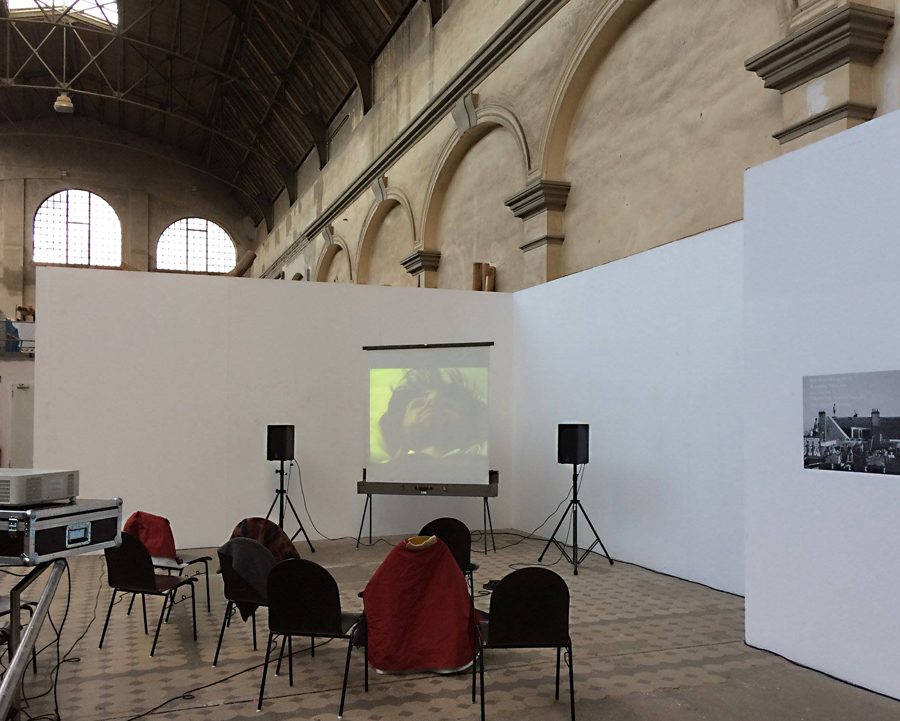 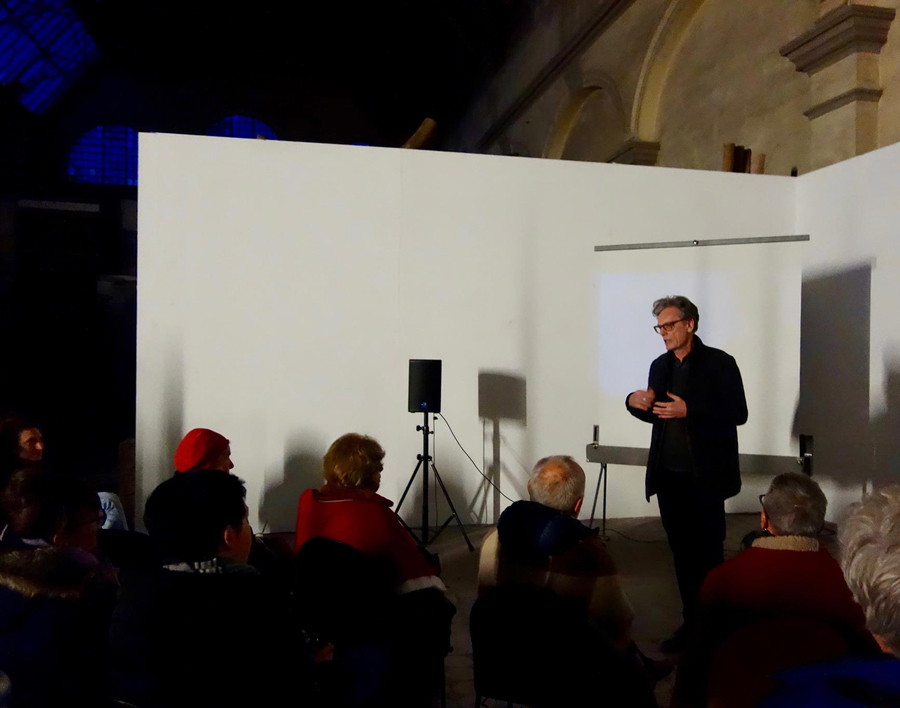 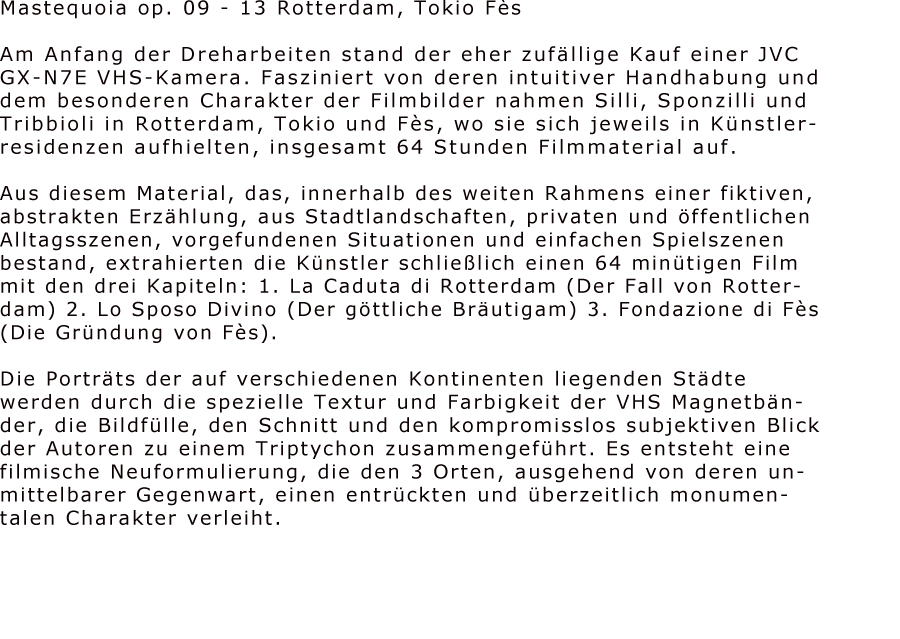 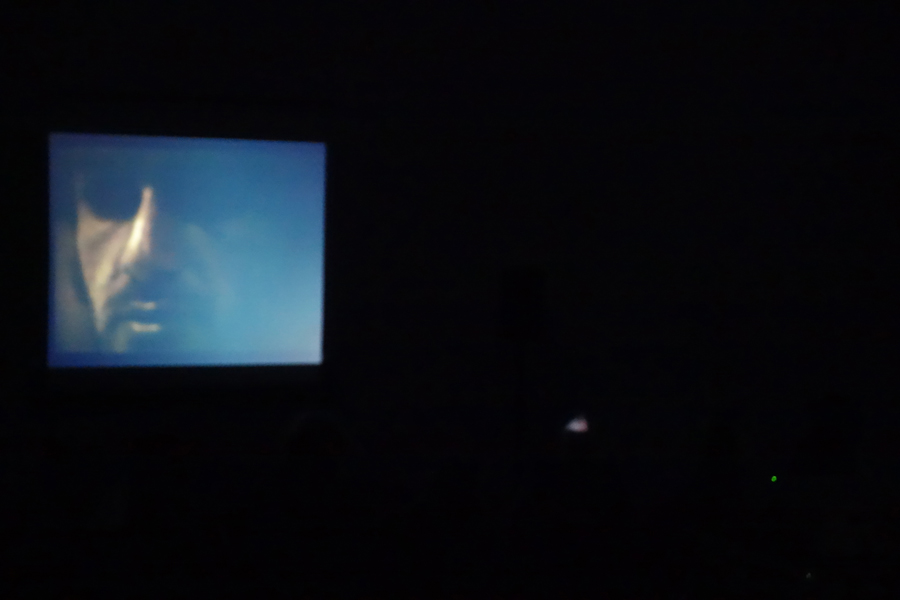 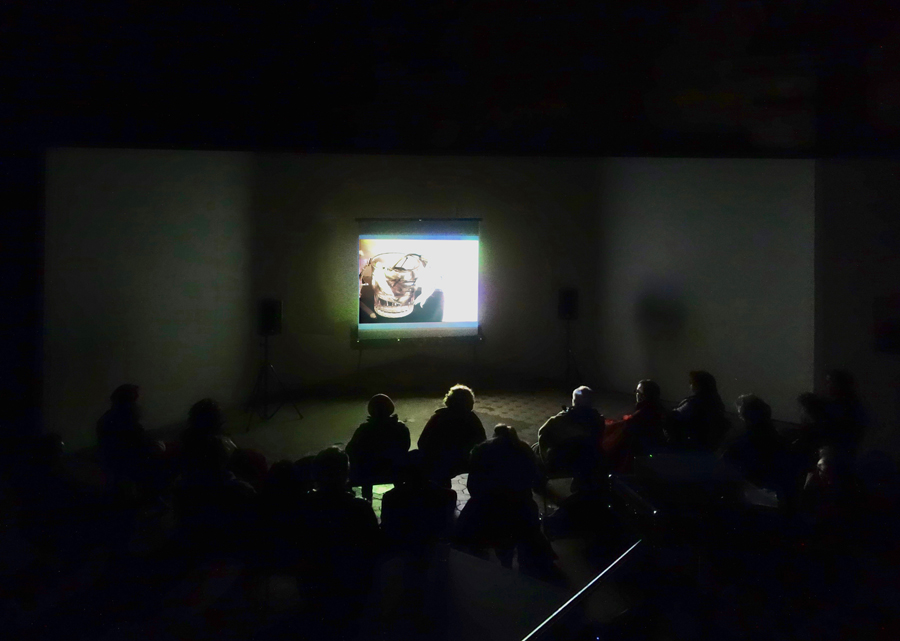 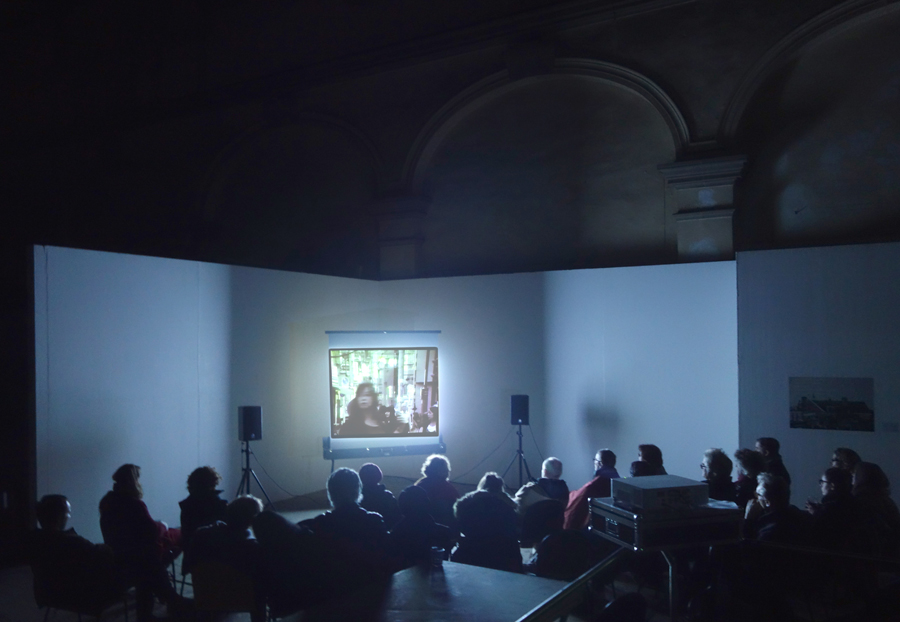 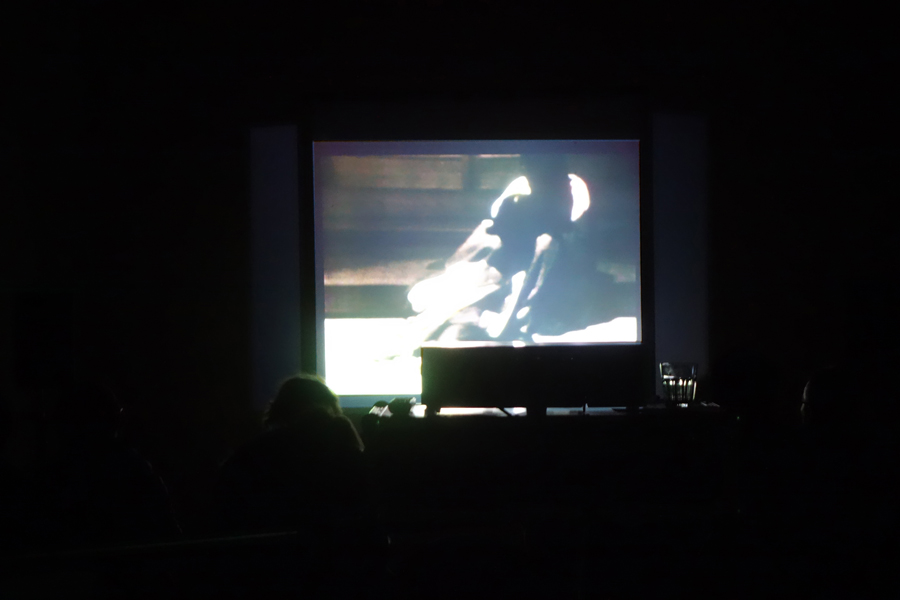 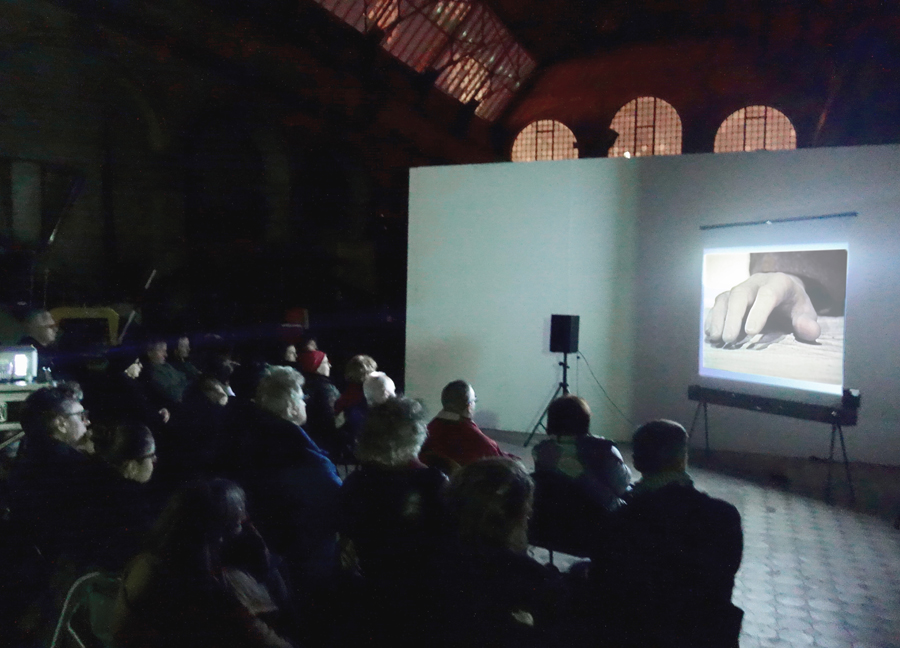 The start of the movie came to happen by the fortuitous buy of a top notch VHS camera, a
JVC CX-N7E, lens 8.5-51mm (macro) 1:1.2. The video camera’s special features -essential
mechanical tuning of image, characteristic texture and tone of the photography, lens with
varying degrees of sharpness and a two-dimensional flattening effect on the middle and
wide angles, combined with the VHS analog recording on magnetic tape, immediately got
interpreted as the perfect tools for a film based on a direct manual approach to shooting
and on an abundant collection of material and documentation. In this sense, since born the
filming has been associated, both in the visual characteristics and as recorded facts, to the
production of the very concrete physical material of the VHS cassettes.

The magnetic photography which automatically derived, characterizes strongly and
uniformly all film’s images, adding a default imprint of a reduced range of colors, and long
depth fields. Particular nuances are obtained on the urban landscapes and on the enhanced
resolution of the close up, of great detail and intensity.

MASTEQUOIA, founded in 2004 by Silli, Sponzilli and Tribbioli, collects the works
produced by the three authors together. During its activity, the group initiated
projects and exhibited works spanning through various media as performance,
paper and publishing, sculpture and video.

GABRIELE SILLI, born in 1982, lives and works in Rome. Visual artist graduated in
Philosophy, his practice has pictorial roots and moves through sculpture and performance.

CARLO GABRIELE TRIBBIOLI, born in1982, lives and works in Rome. Visual artist
graduated in Philosophy, his practice is mainly project-oriented resulting in installations 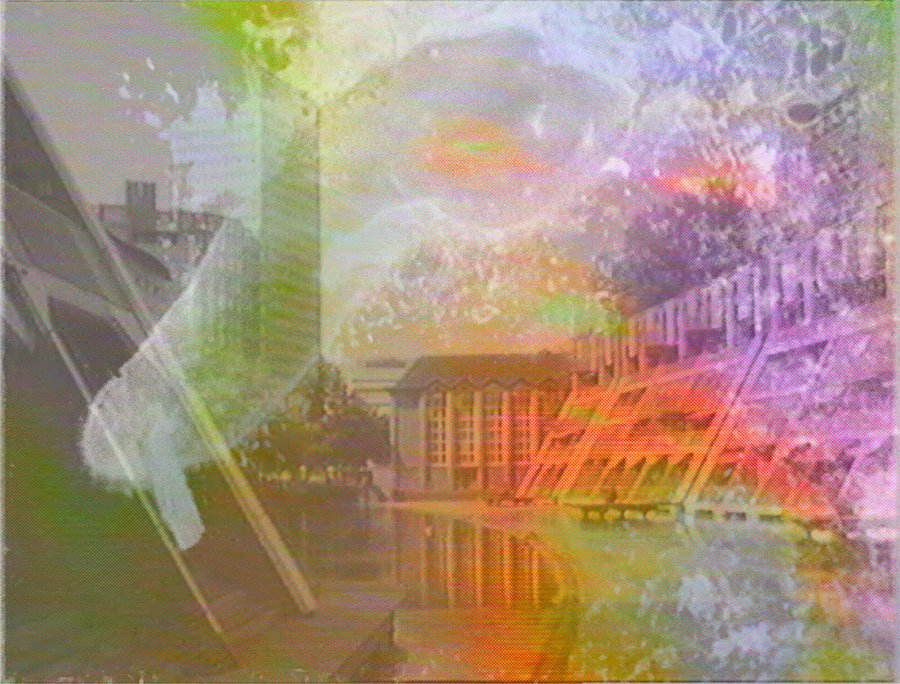 04 hours of VHS tapes collected during the years 2009-2011 in the cities of Rotterdam,
Tokyo and Fez, recorded indigenous scenery, mundane vicissitudes, crude situations and
dry enactments into a loose frame of abstract fictitious narratives. In 2013, three distinct
landscape portraits are extracted and composed in a 64’ feature film in three chapters
titled “The Fall of Rotterdam”, “The Divine Groom” and “Foundation of Fez”.

Op.09-13 is essentially structured in a triptych, where each chapter evokes in a visionary
appropriation of the city’s peculiar history and identity. The convergence of these far and
extraneous sites in a single picture film, constructs a warp of relations and reciprocities
which reformulates and forces their geography, architecture and history into a kind of
continental triangulation.

Long term residencies, soft integration in the environments, daily observation, sparse and
fragmented narrative elements, triggered and ordinated a video repertory created via a
strategically informal approach to filming: a substance which was caught, induced, enacted
in a hybrid of documentary and fiction, permeating the loose and daily vicissitudes of the
authors in the cities.

The manifold repertory was remotely reinterpreted, and finally composed in a set of three
distinct landscape portraits, noticeably stylized by the magnetic tape’s photography and a
disinhibited manipulation of the camera. A progression of separate tableaus with no spoken
dialogue is articulated across the fluidity of dramaturgical approaches by a punctuation of
title cards offered as narrative references. 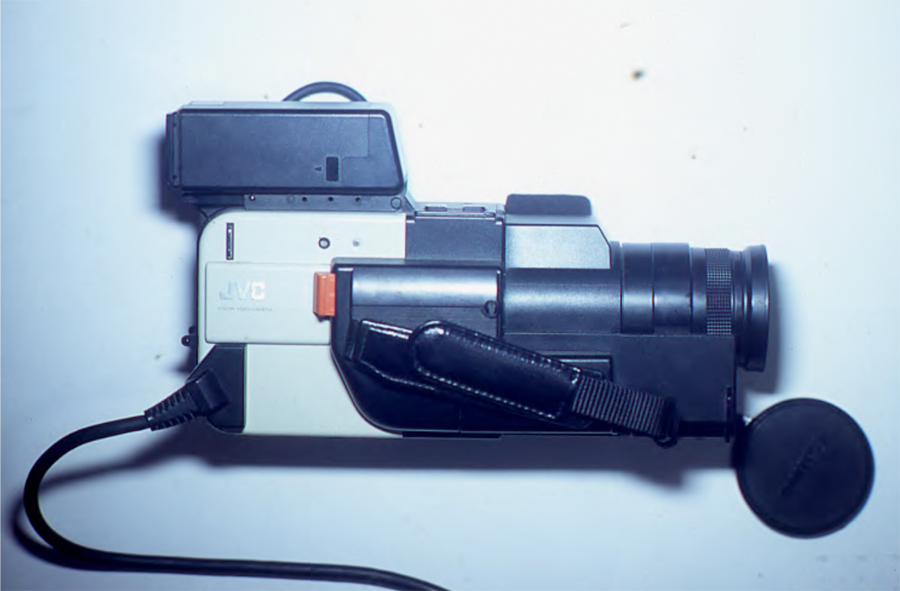